If Franz Kafka were still alive, he would love one specific absurdity about modern Thailand.

On the one hand, the country, technically a monarch run by its military since 2014, is progressive enough to have banned plastic water bottles.

The current king, Rama X, was coronated in May 2019. His lineage goes back to 1782 when his ancestor, King Ram I, established Bangkok in its current location.

Despite its bizarre governance system, the country’s official administration set the admirable goal of having all plastic waste 100 percent recycled by 2027. The five largest drinking water producers discontinued the use of plastic cap seals in 2018, beating the goal by years. Most have already stopped manufacturing plastic bottles altogether.

Instead of the ubiquitous plastic bottles littering the United States, you rarely see them here in Thailand. Hotels lend you reusable water flasks. Fresh water spigots abound to refill your flasks while you’re out and about.

Here is a picture of a plastic bag containing some absolutely delicious, Thai iced coffee! 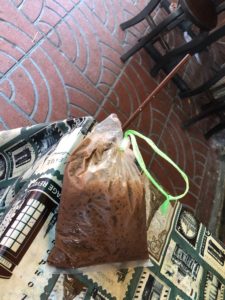 (I guess the bag is considered ok).

On the other hand, and DIG THIS, it is ILLEGAL to own, distribute, or watch the play or movie, The King and I in Thailand.

Brynner won the Academy Award for best actor for playing the King.

In the 1956 film adaptation of the Rodgers and Hammerstein musical, tutor Anna Loenowens, played by Deborah Kerr, teaches the wives and children of stubborn King Mongkut (Yul Brynner) the English language and related customs and etiquette. Anna and the King have amusing personality conflicts as she strives to teach the royal family manners.

The play is set in the early 1860s—just before the real deal, King Ram I, established Bangkok.

Apparently the monarchy, alive and well despite its governance-impotence, believes The King and I portrays the King as foolish. 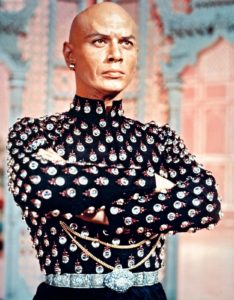 Yul Brynner as the King.

He’s allegedly a goofball to the superior English race.

The King has multiple wives, which he did.

The King almost certainly had poor manners as well.

The monarchy fears the common Thai people would think negatively of the current King if they dared see this nearly 70-year-old film.

Hasn’t anyone heard of the idea of fiction here, or at least license related thereto?

Just like the cliche goes, truth is stranger than fiction.

Atlanta Shooting: The Rush to Oversimplify
Tyranny, Piracy, Opportunity
Love in the Time of Covid
Covid-19 and the Concept of Truth